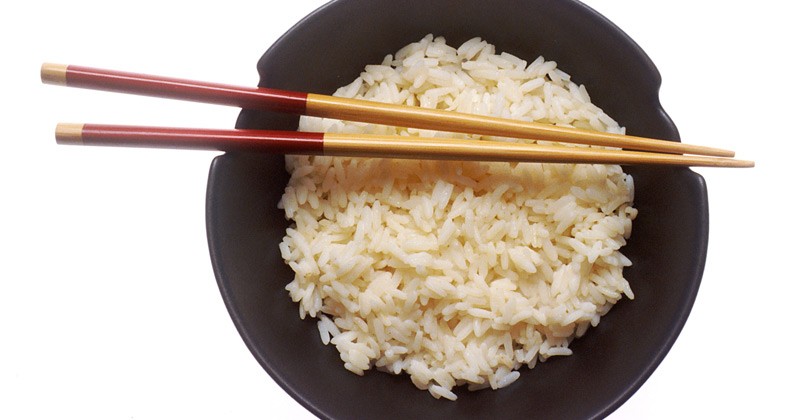 Almost half of the earth’s human population depends on rice for its sustenance and very existence. It is so inherently a part of many of the world’s cultures that it is intricately weaved into their myths, religions, rituals, and other social activities and occasions.

As a dietary mainstay, it can enhance the nutritional value of a wholesome diet. Nutrition from rice can vary depending upon its source. As a rich, complex carbohydrate, rice is practically fat and cholesterol-free.

Rice appeals to health advocates because it is a great source of protein amino acids, as well as vitamins and minerals. Because it is gluten-free, it is an ideal alternative for those with an intolerance or allergy to wheat. Grains are easy to digest and make an excellent first solid food for very young children.

Choosing a grain to buy

There are different varieties of grains available in today’s market. Before purchasing grains, learn about the different types of rice to select from. Do not be afraid to experiment!

A grain is made up of:

Not all varieties of grains have the same starch mixture. Once the rice is cooked, its texture is influenced by the particular variety of starch mixture. Brown rice is harvested differently than white rice. The bran layer of brown rice is kept, but not the white. It is cleansed from white grains.

The range of grain sizes is:

Sometimes grain sizes are referenced according to the region of their original origin. For instance:

Long Grain Rice – The most familiar size rice provided and consumed in the United States. When cooked, long-grain has a fluffy texture because the grains stay apart from each other. For beginners creating many types of rice recipes, the long grain is a good foundation to start from.

Medium Grain – The texture of medium grain is less fluffy than long grain, but it is not as gummy as the short grain.

Short Grain – Because it is very easy for the grains of the short grain to stick together, it becomes sticky or gummy when cooked. It is the preferred rice used in traditional Japanese and Korean sushi recipes.

What to do with grains

Rich can be used to make endless lunch and dinner choices, as well as delicious breakfast bowl recipes. The grain is not difficult to make and can complement a variety of foods. Although the novelty of a rice cooker can come in handy, all that is needed is a simple cooking pot and stove. It can be used to make easy side dishes as a foundation for fantastic sauces with or without meats, fried rice, and soups, or it can be mixed directly into the main dish.

To rinse or not rinse

To gain protection from insects, mites, and garden pests, some grains are kept in diatomaceous earth (DE). DE is a natural mineral compound formed from fossilized little diatoms that lived in ancient oceans and other bodies of water. When they died, they settled to the bottom of the waters and formed sedimentary layers of soft chalky rock that easily crumbles into a soft white or off-white powder.
Although DE graded foods can be eaten, the taste can be diminished. In order to cook correctly and taste enjoyable, some grains need the coatings they have on them rinsed off. Also, before grains reach households, they may have been handled by numerous unknown hands. Rinsing grains removes unwanted debris, disagreeable residue, and helps to reduce unsavory bacteria and pesticides from the grains.

Brown grain has a hull and usually has a lesser chalky residue than white grains, but it should still be rinsed at least once before it is cooked to eliminate debris. Unlike brown rice, white rice does not have a protective hull. The rice flour from the powdery residue will make a thick paste when the white grain is cooked unless the rice is rinsed beforehand.

There are over forty thousand types of grains varieties. Different varieties of grains are selected for their specific flavors, particular cooking requirements, accessibility, as well as for their nutritional health benefits.

Other Nutritional Health Benefits of Grains Include:

Research is being done to increase the nutritional and health values of rice by integrating traditional crop-growing methods with biotechnology; and by adding higher levels of iron and zinc to grains.

White – The exterior husk, the layer of bran, and the starchy center are removed from white rice during the milling process. It may have fewer nutrients, but the advantage it has over brown rice is its capacity to be longer, and its ability to cook faster. 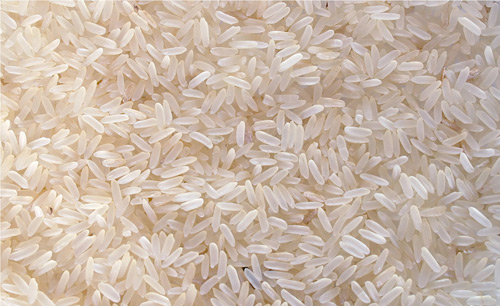 Brown – With only the removal of its outer husk, brown rice is less processed than white rice. Like white rice, they both come in sizes of long, medium, and short grains. 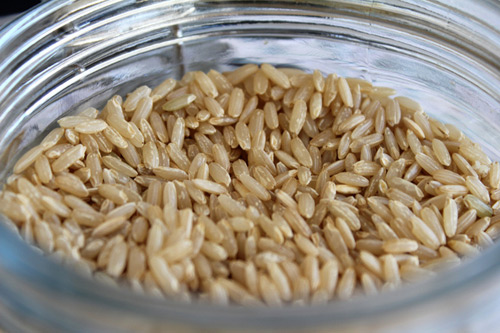 Black – When cooked, black rice turns purple. It is rich in fiber, vitamins, iron, and antioxidants. 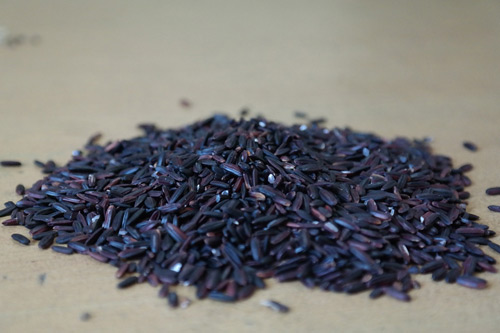 Aromatic – Favored examples of aromatic rice are Basmati from India, Jasmine from Thailand, Texmati from Texas, and from Louisiana, Wehani, and Pecan wild rice. These are the grain that has a distinguishing perfumed aroma when cooked.

Arborio – Mostly well known for making risotto, Arborio rice is a bowl of white rice that is medium to short in size and is starchy. When making risotto, continuous stirring prompts the rice to release its starch and increase in thickness. Carnaroli, Vialone Navo, and Baldo are other similar rice used to make risotto.

Sticky – Sushi and other Asian specialty dishes usually use this short grain.

Wild – Frequently found in multi-grain rice combinations and pilaf mixes, wild rice is not a bowl of actual rice, but rather a grass plant seed. It is favored for its nutty flavor and chewiness. 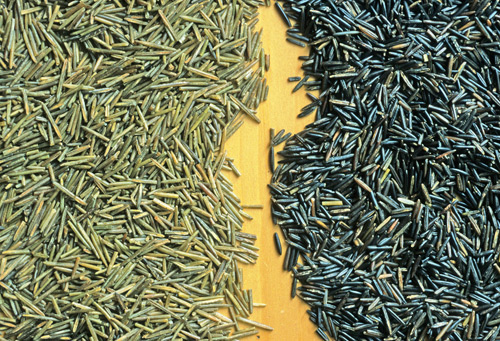 Instant – This is a bowl of rice that is quick and is first cooked, and then dehydrated before it is packaged. It does not have the texture and is not as flavorful as regular grain.

Sweet Brown Rice – a high-quality short grain variation of brown rice. Its texture is moist and sticky, and it has a naturally sweet flavor. It makes a great dessert dish like rice pudding.

Wehani – aromatic brown rice evolved in the latter part of the 20th century by the Lundberg Family Farms in California. As part of a family company, its name represents the five Lundberg brothers: Wendell, Eldon, Homer, Albert, and Harlan.

Himalayan Red Rice – Its color has been described as having a deep rose or russet shade. It is cultivated in South Central Asia, and in some areas of France. The fiber content of red rice is greater than white grains. It is more flavorful than brown or white grains and is described as being nutty, earthy, and very aromatic.

Other variations of grains include: 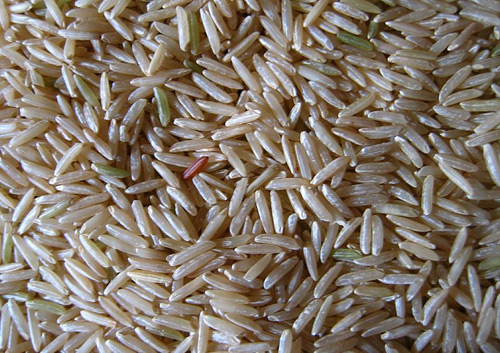 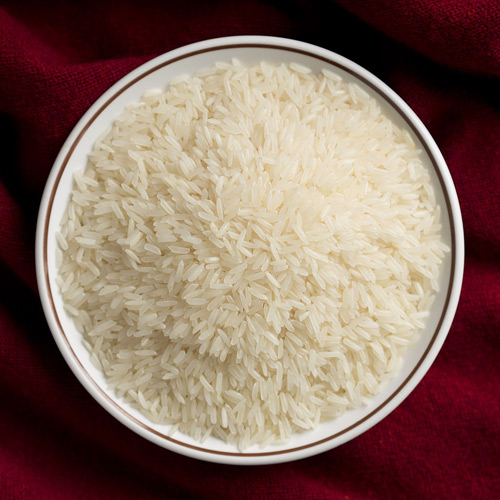 How to cook rice on a stovetop – recipes

How to cook rice in the oven – recipes

How to cook rice in a rice cooker – recipes

How to make fried rice – video

Uncooked: Most variations of uncooked grains have an indefinite shelf life. Brown rice is the exception due to its greater content of oil. In a pantry, brown rice can last 3 to 6 months. In the refrigerator, from 6 to 12 months, and in the freezer, up to 12 to 18 months. To get the maximum shelf life, the rice should be stored in a cool dry place after the package is opened. Place the grains in an air-tight container or heavy-duty freezer bag.
Cooked Rice: All variations of grains can be stored in the refrigerator for 4 to 6 days, and in the freezer for 6 months.

Some expert nutritionists suggest that it is okay to eat rice every day depending on individual weight, and goals regarding weight loss. Those on a weight loss diet are allowed grains twice a week. The lack of fiber in white rice can be made up for by adding a salad. Others, who are desiring to gain weight, can eat it every day, and include potatoes or sweet potatoes.

With one-third of the earth’s population dependent on rice as the primary food in their diet, and the ever-increasing prospect of 80 to 100 million new people to be added every year, and need to be fed, production is crucially important to the human population worldwide.
Farmers and scientists face the challenging task of increasing rice crop yield while lessening adverse environmental effects. International organizations are researching methods that will sooner or later move toward increased productive variations of grains, and yield crops that are less susceptible to disease, and more resistant to pests. 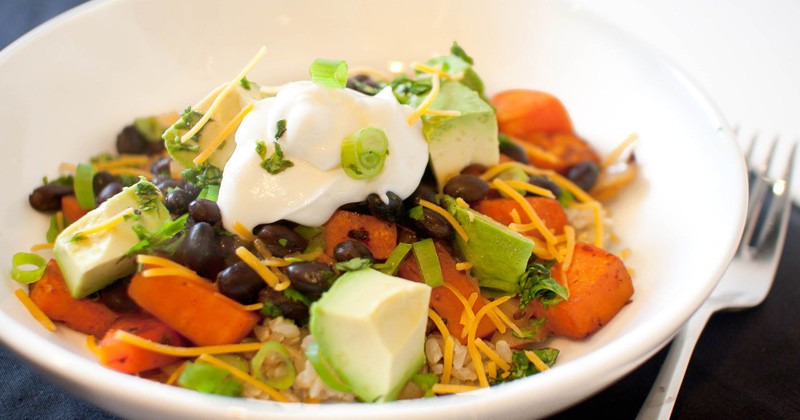